This week’s EEB is a split session featuring two MSc candidates of the Queen’s University Department of Biology:

Isolation of an endangered snake across a fragmented landscape

development has been linked with biodiversity loss worldwide through the fragmentation of native habitats, resulting in reduced genetic diversity and small population sizes, and ultimately threatening species persistence. Understanding and mitigating these effects are important themes in conservation biology. My MSc research will focus on how anthropogenic factors have impacted the Butler’s Gartersnake, a species that in Canada is found only in southwestern Ontario, where much of the available land has been converted for agriculture. Using DNA microsatellite data, I have quantified genetic population structure in Ontario populations, with the ultimate goal of analysing how current landscape features relate to population connectivity and dispersal. I have also compared genetic patterns in this marsh/prairie habitat specialist with the more widespread Eastern Gartersnake, to better understand how different life histories shape genetic diversity and distributions. My findings will help guide conservation efforts for the Butler’s Gartersnake.

Round Gobies were first documented in the St. Clair River in 1990, and since have spread throughout the Great Lakes faster than any other previous invasive fish. Now, Round Gobies pose a significant threat to many native species. They are a known predator of Bass eggs, and recent concern has been raised about changes in the recreational angling season and Black Bass recruitment in Lake Ontario. It is important to characterize the effect that Round Gobies have on both Largemouth and Smallmouth Bass in this region to make informed management decisions conserving the health of this recreational fishery. 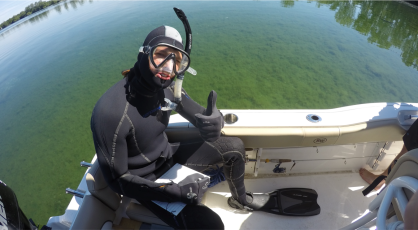 The EEB Seminars run weekly, on Thursdays, in the EEB Lounge of the BioSciences Complex, Room 4338, from 12:30-1:30pm. Light refreshments are served starting at 12:15.