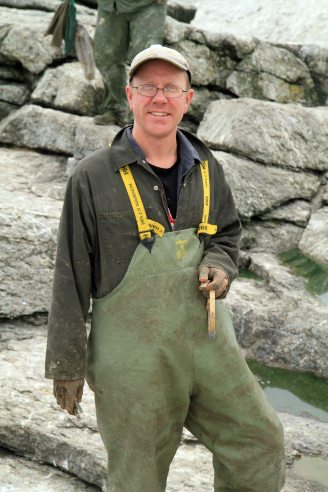 Thick-billed and Common Murres are highly colonial seabirds that have a long relationship with humans throughout their circumpolar range. In the Northwest Atlantic they are victims of oil pollution, hunted in Canada and Greenland, and highly susceptible to being captured in gill nets. Previous work identified issues with mortality from chronic ship-source oil pollution and excessive harvest levels in Canada. Recent data suggest that both harvest and oiling mortality levels have declined considerably and should be within sustainable limits. However, previous impact assessments have assumed a homogenous population with all colonies equally vulnerable to oiling and harvest. Recent telemetry studies are showing significant structure in murre non-breeding distributions. To account for this population structure, multi-site population projections were conducted allowing for these differing vulnerabilities. Even at these reduced mortality levels, the models indicate that populations in Labrador and Greenland may be subject to heavy harvest pressure from Canada, while the Greenland harvest may be having some role in the declines seen in Icelandic and other European populations.

Bio: Greg Robertson is a Research Scientist with the Wildlife Research Division of Environment Canada working on coastal and marine ecosystems and birds from the Mount Pearl, Newfoundland and Labrador office. He completed his Bachelor’s degree at Queen’s in 1992 and then moved west with Fred Cooke in 1993 to complete his PhD at Simon Fraser University in 1997. He then headed back east to work with Tony Diamond as a post-doc at the University of New Brunswick and finally moved to Newfoundland in 2000 to his current position. Greg’s research focuses on applied issues, working closely with marine industries and resource use planners to provide information needed to make informed decisions and mitigate negative effects on coastal and marine ecosystems and birds.